The City of Madison and residents are preparing for a number of meaty projects that would dramatically transform the triangle-shaped 64 acres bounded by Fish Hatchery Road, South Park Street and Wingra Creek.

According to an article in the Wisconsin State Journal, developer Terrence Wall is working on a major mixed-use project at the northern tip of the triangle, SSM Health Dean Medical Group intends to replace and expand its 169,000-square-foot clinic on Fish Hatchery Road, and a nonprofit aims to build housing for the homeless along South Park Street.

Welton Enterprises, which owns the 26,000-square-foot Pick ‘n Save building and property, is also considering a big redevelopment. “We don’t have any definite plans,” said Business Development Manager Paul Molinaro, adding that there’s a need to keep a grocery store in the mix. “It will likely depend on what happens with surrounding properties. We see this as a great long-term redevelopment opportunity.”

The city is now preparing a request for proposals from developers for the vacant 3.5-acre site next to the grocery, which once held the now-demolished Truman Olson Army Reserve Center. The goal for the triangle,” Ald. Sara Eskrich, 13th District said, “is to make it a microcosm of what we value in our city as a whole, so it’s an amazing place.” 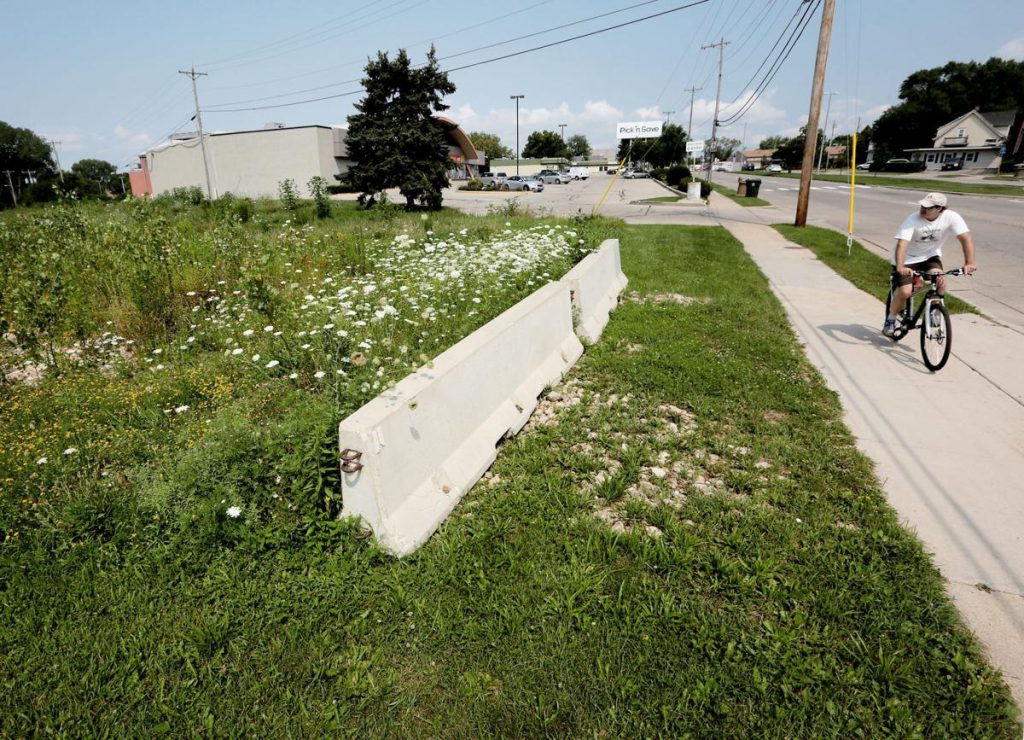 A city-owned, undeveloped parcel of land south of the Pick ‘n Save grocery store on South Park Street is marked by concrete barriers. The city is preparing a request for developer proposals for the site. Photo by JOHN HART, Wisconsin State Journal