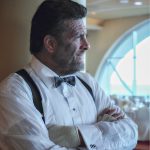 is the President and Treasurer at Welton Enterprises and prior to rejoining the firm he worked at The Stark Company as a sales associate from 1990-1995 where he achieved an annual sales volume of over 4.3 million dollars, placing him among the top 10 sales associates in the entire company at that time. He earned the GRI award from the National Association of Realtors in 1995 and has served on the Governmental Affairs, R.P.A.C, Professional Standards and Arbitration Committees as a member.

Kurt, Ken’s oldest son, graduated in 1983 from the UW-Madison School of Business with a B.B.A. in Real Estate and Urban Land Economics (The Graaskamp Program). Prior to that Kurt was in the U.S. Army where he graduated #1 in the self-paced training curriculum of the U.S. Army Signal School in Ft. Gordon, GA (COBET) before being stationed in Korea. While in Korea Kurt was awarded the Soldier of the Company and the Soldier of the Battalion awards as well as the Safe Driver ribbon for driving over 50,000 miles without an accident.

Kurt was the Webmaster for Welton Enterprises and, until recently, theDiocese of Madison. In 2002 Kurt was elected President of the Board of Education for the 47 schools in the Madison Diocese, and in the Jubilee Year 2000 received the Pro Ecclesia et Pontifice Award from Pope John Paul II. More information about Kurt, his five children, and his other activities and responsibilities are available in Kurt’s Resume. 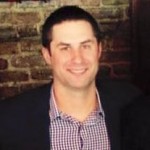 Paul Molinaro joined Welton Enterprises in August 2009. Paul’s day-to-day responsibilities include: the leasing & sales of existing properties & build-to-suit development land, prospecting for new opportunities & business partners and the coordination of the marketing for the overall Welton Enterprises brand & each asset under management.

Paul is a Wisconsin native raised in Minocqua, WI, a tourist town in Northern Wisconsin, where he learned the small town values of hard work and importance of community. From these roots, he attended the University of Wisconsin-Madison and graduated in December 2007 from the Wisconsin School of Business with a double major in Real Estate & Urban Land Economics and Finance & Investment Banking.

After graduating school, Paul decided to try out mountain life and landed in Breckenridge, CO where he lived, worked and snowboarded for a season. With a new found rejuvenation and outlook on life, he returned to the Midwest to pursue a career that would mix both his real estate and finance background. He started out with a Chicago-based real estate investment company, but soon realized that his true passion was both in Madison life and real estate development. Upon returning to Madison, Paul joined Welton Enterprises to bring a fresh perspective and new energy to the company. He continually demonstrates the ability to get the job done and a perseverance to find a solution in every problem. Paul is excited for both personal and professional growth with Welton Enterprises as the company eyes the opportunities that the present & future will bring.

Paul is a licensed Real Estate Broker in the State of Wisconsin and is a member of the Commercial Brokers Group. 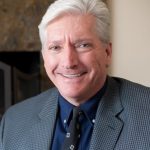 David Oie Joined Welton Enterprises in August 2021. David is the primary contact for Welton’s tenants, and his responsibilities include all building, landscaping, and parking area maintenance as well as the scheduling of all contractors involved in a variety of repair and ongoing property improvement projects.

Dave’s hometown is St. Charles IL where his father established a family business, and the entire Oie family was very active in community service and charitable works. Dave enjoys helping others and is always ready to roll up his sleeves and work to make things better. He grew up spending summers at the family cottage north of Minocqua and he and all his immediate family have moved to the Madison area and now call it “home”.

He attended The Florida State University graduating 2001 with a BS degree in Interior Design & Architecture and a minor in Business. Dave’s a seasoned professional with a diverse background, which includes specializing in the building & remodeling industry, with extensive experience in building materials manufacturing, distribution, and project management. He also is a skilled tradesman and had his own company where he applied his general contracting, construction, and design skills, along with managing his family’s commercial rental properties.

Dave is excited about being an integral member of the Welton team, and his focus is on providing tenants with prompt and clear communications regarding all aspects of maintenance and repairs, as well as serving as the primary contact for all contractors working on Welton Properties. 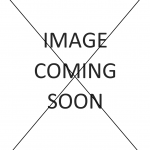 Rachel Kramer is the Executive Administrator, Corporate Secretary and a member of the Board of Directors for Welton Enterprises, Inc. Having joined the company in February of 2012 to assist the President of the company, Rachel now additionally oversees all Information Technology, Commercial Insurance, Website Management, and Database Development/Management.

Born and raised in a small town in Wisconsin, Rachel experienced the joy and value of helping others. Starting at an early age she spent her time tutoring, babysitting, volunteering for local schools, fundraising for non-profit organizations, and helping her family garden fruits and vegetables. In High School, Rachel identified an aptitude for computer applications and strove to find a career to utilize that aptitude while helping others.

The Recession of 2007-2008, as well as changes in the Newspaper industry, set Rachel on a new path but she continued in an Executive Support role while maintaining her charitable efforts. From 2008 to 2012, through her employer she led the organization of various employee fundraisers for non-profits in Dane County raising more than $50,000. In 2012, Rachel was recruited to join Welton’s team. She immediately and consistently demonstrated her focus on the company’s success and shows her dedication in her day-to-day operations. She has continued to organize and participate in fundraisers for non-profits both through work and in her personal life.

Rachel concentrates her efforts on being a resource for staff and providing the company with the tools to be successful while remaining protected against digital and physical threats.