The city owns the 3.5 acre property at 1402 S. Park St., formerly the Truman Olson United States Army Reserve Center, next to a Pick ‘n Save grocery store. Last year, the city issued a request for proposals to develop the property.

According to an article in The Capital Times, Welton Enterprises and Hovde Properties/SSM Health, as owners of properties near the Truman Olson site and competing respondents to the city’s RFP, are working to combine their proposals. By combining their plans for those properties, instead of focusing on just the 3.5-acre Truman Olson site, the two development teams can create a master plan for approximately 20-acres, said Brandon King, director of facilities management at SSM Health Dean Medical Group., which could mean a “more seamless and meaningful neighborhood review and city approval process.” 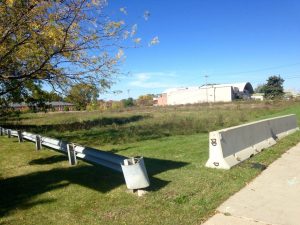 The city had some concerns with both parties plans, on topics like stormwater runoff and financial feasibility, said Dan Rolfs, community development project manager for the city. Both proposals requested “substantial” city financial assistance through TIF, land write-offs and affordable housing and the city had “fairly serious concerns about that,” he said.

A combined proposal may help address some of those concerns, King said.